The Spine Race - Recce #One 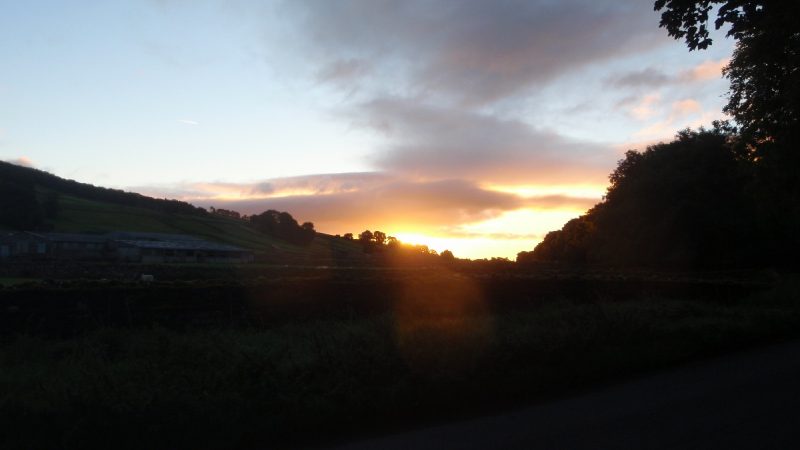 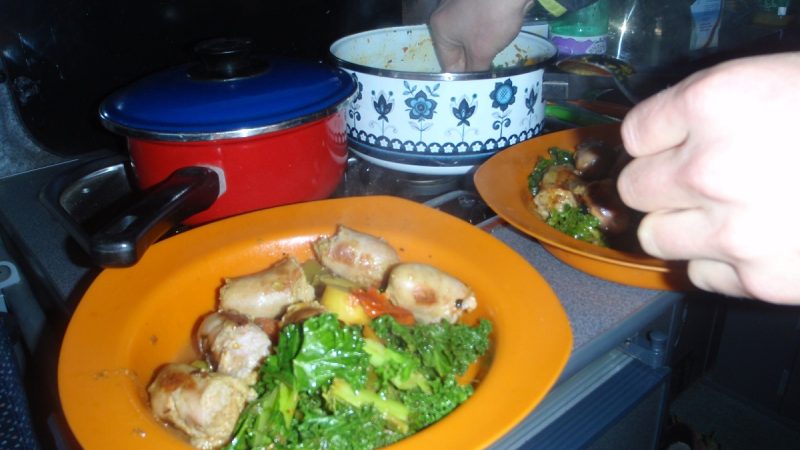 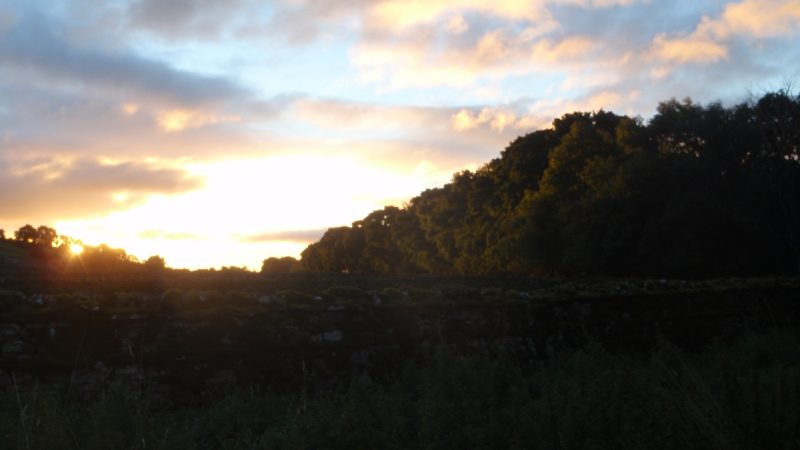 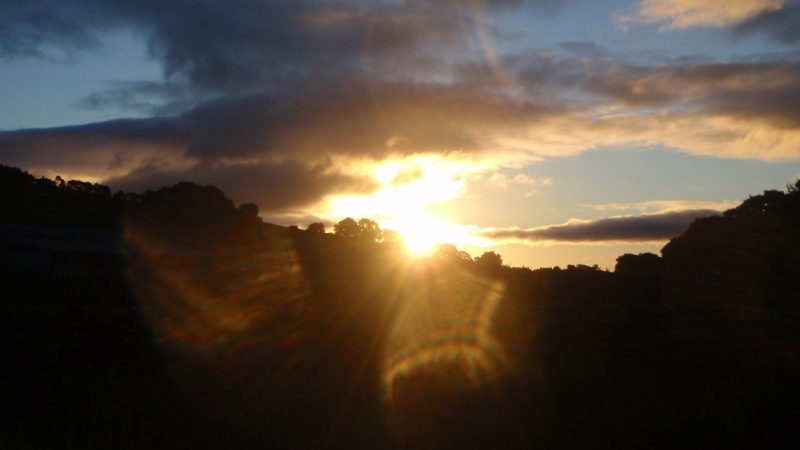 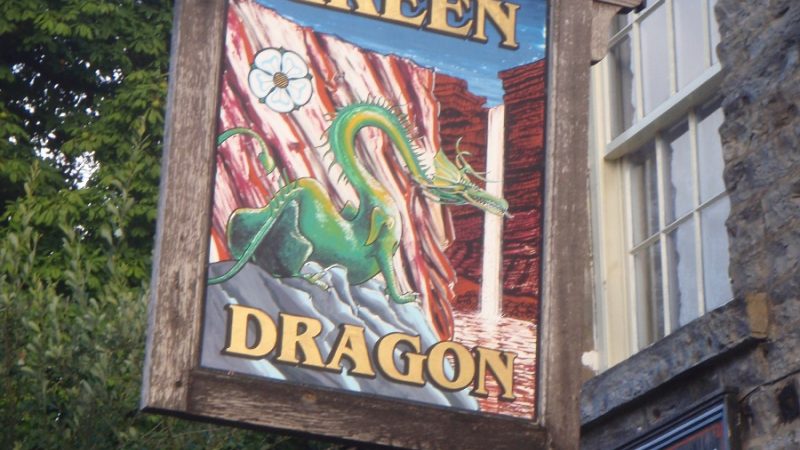 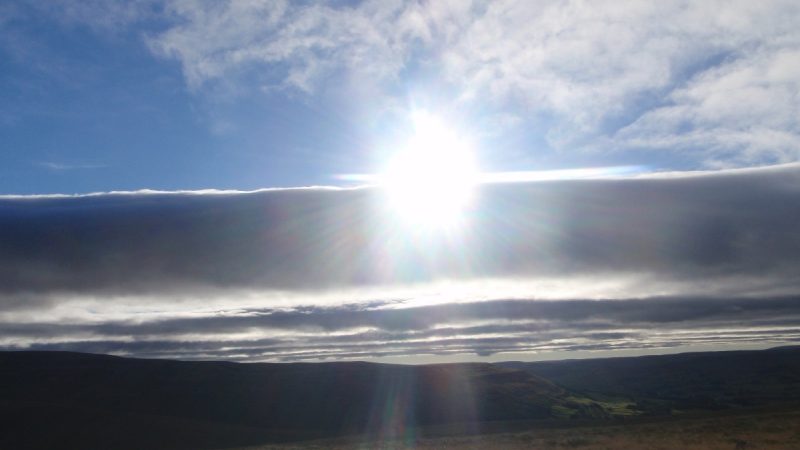 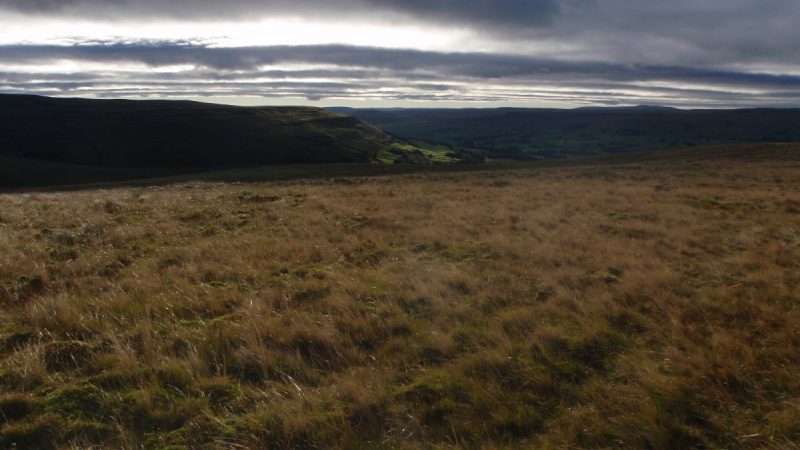 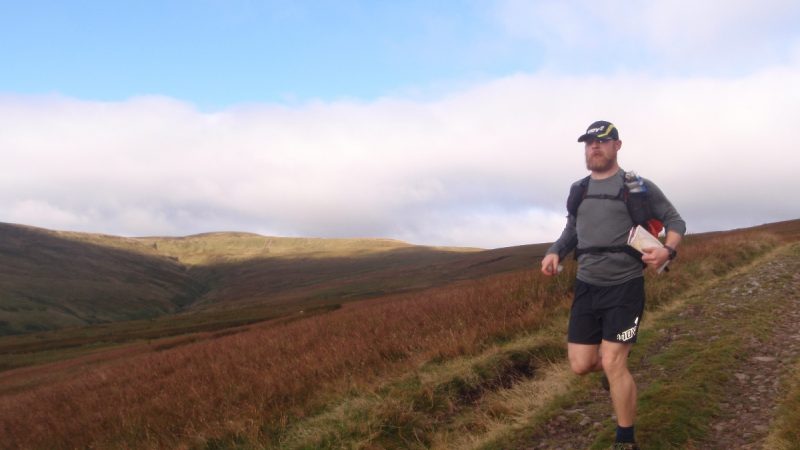 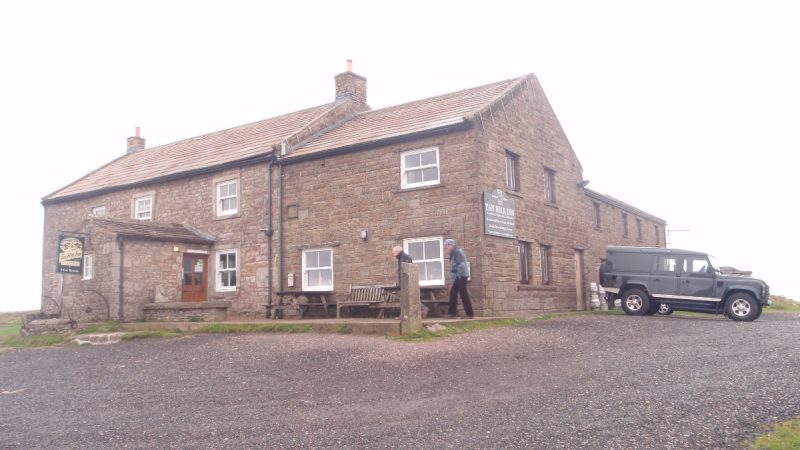 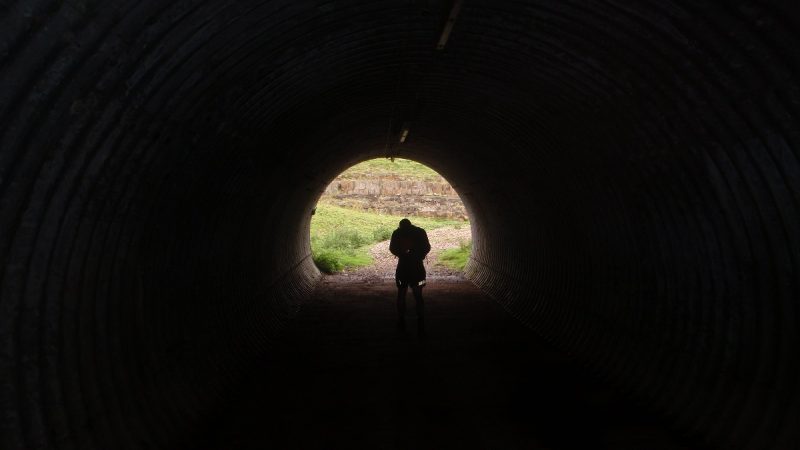 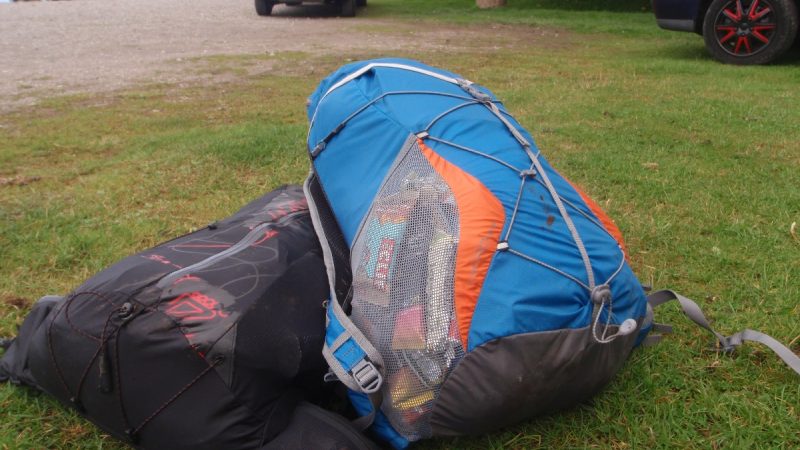 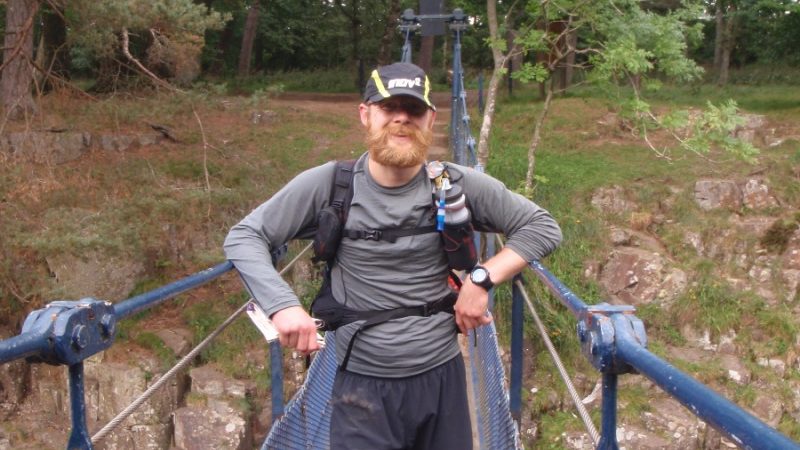 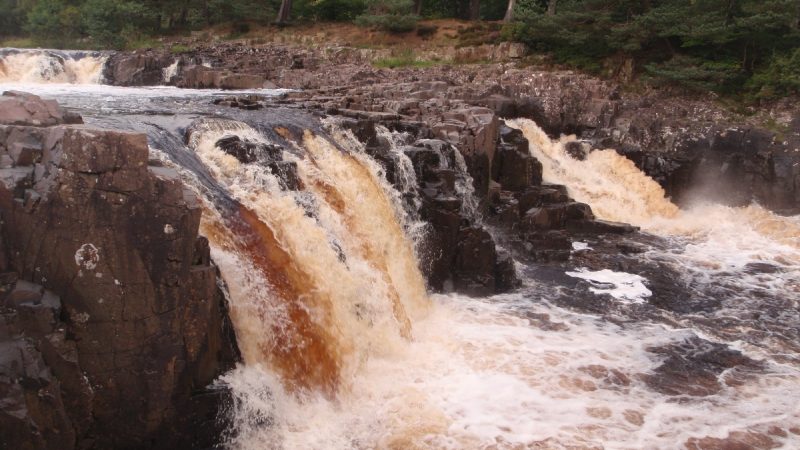 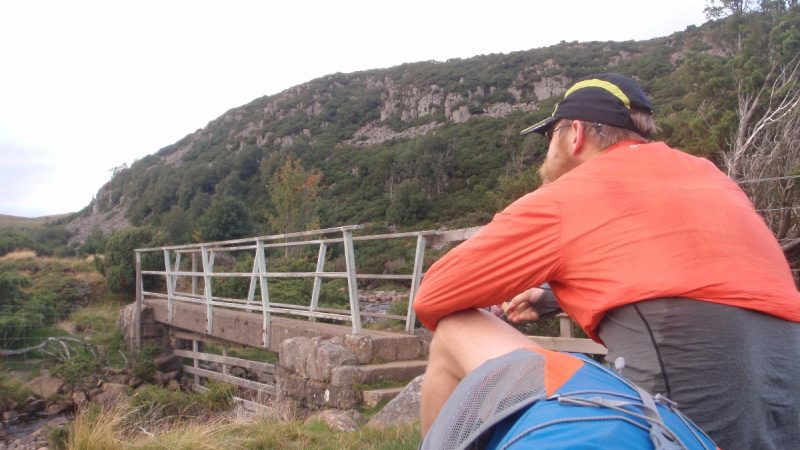 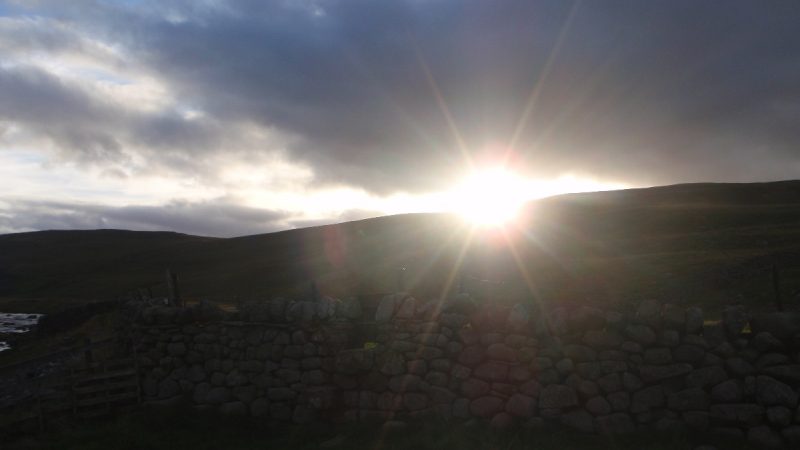 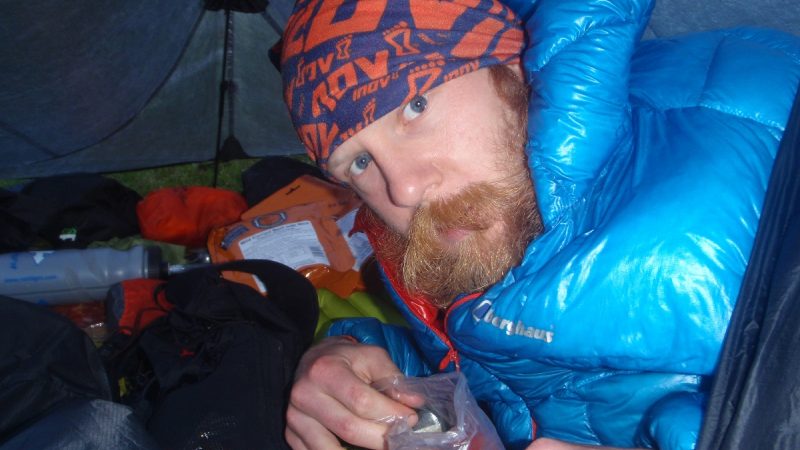 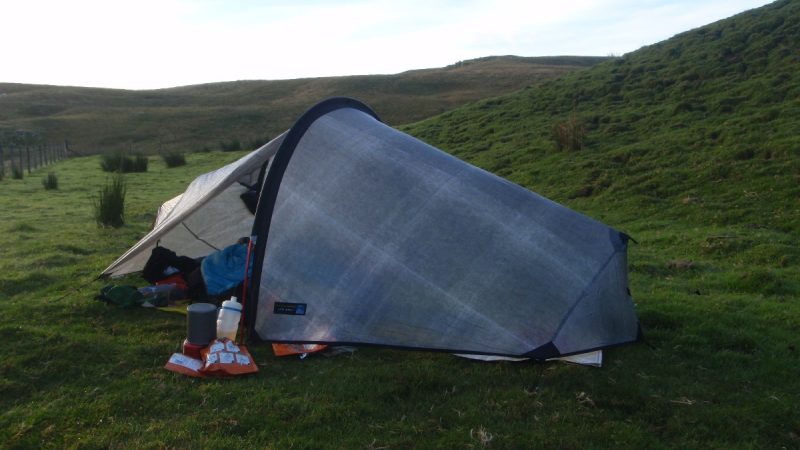 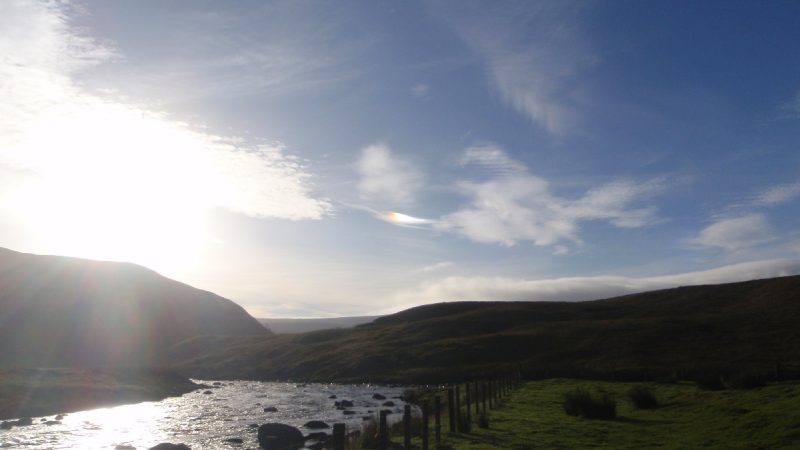 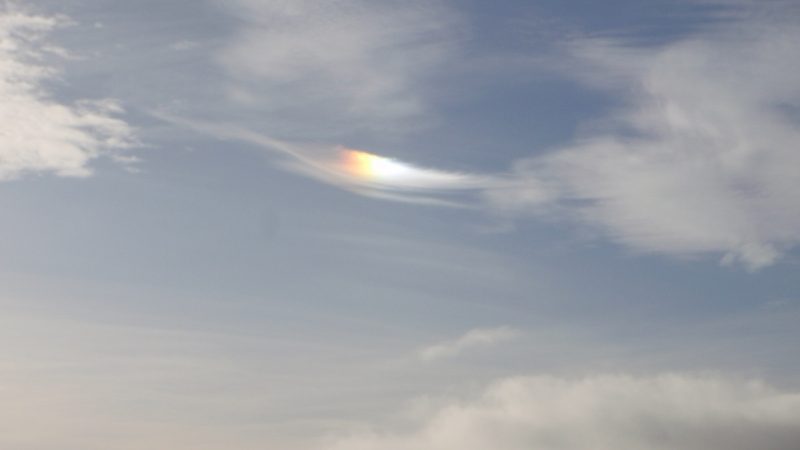 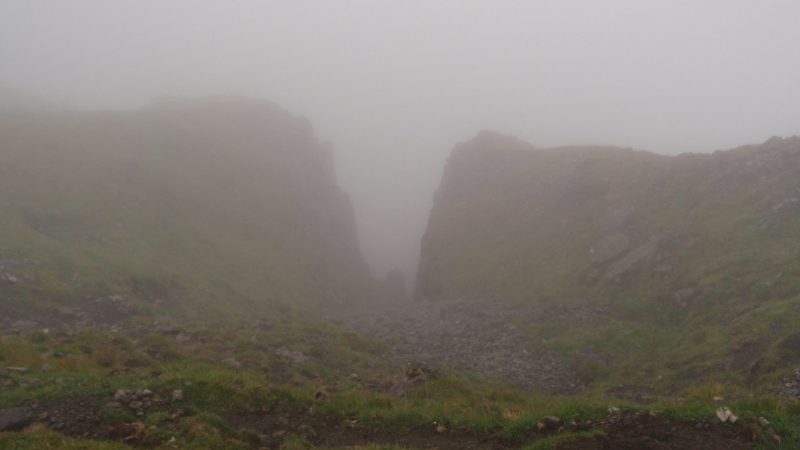 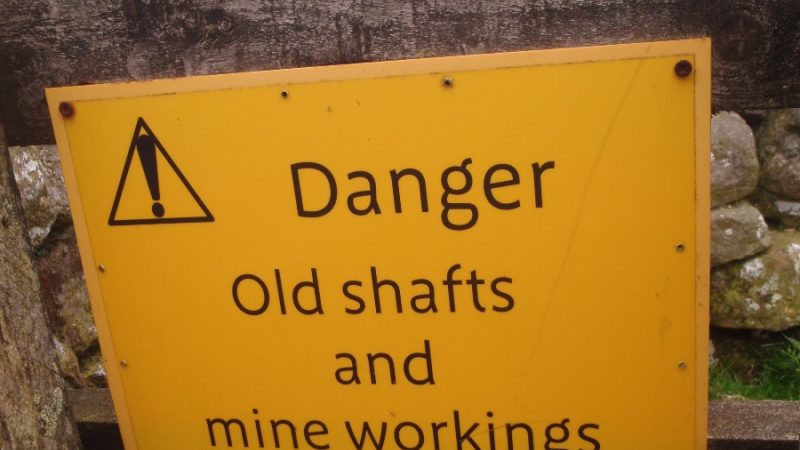 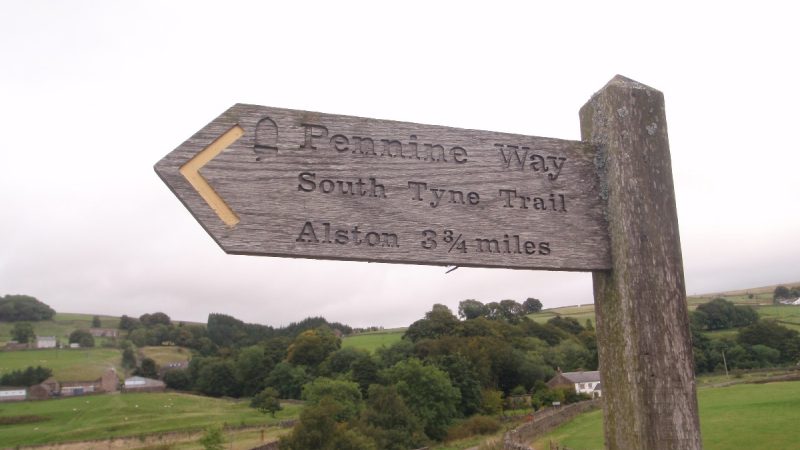 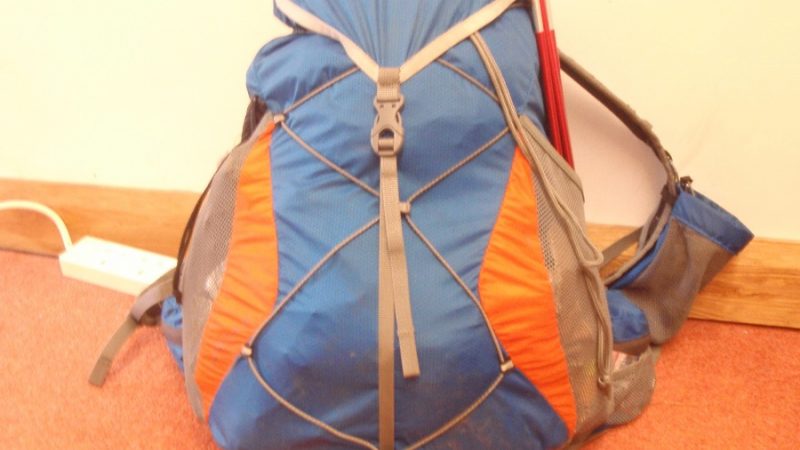 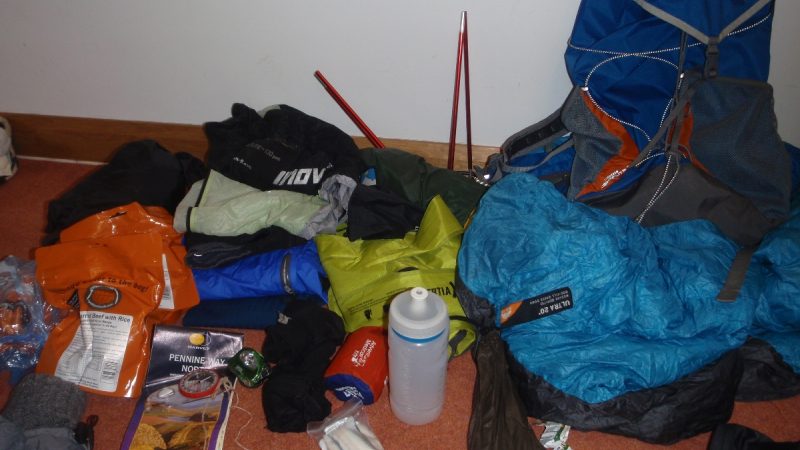 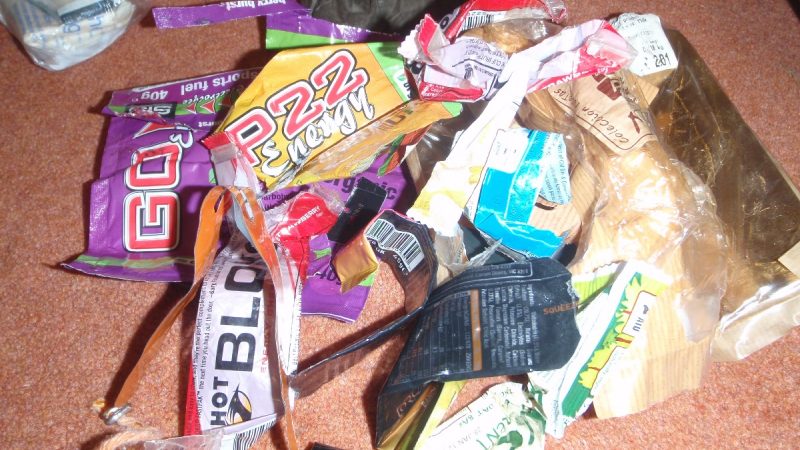 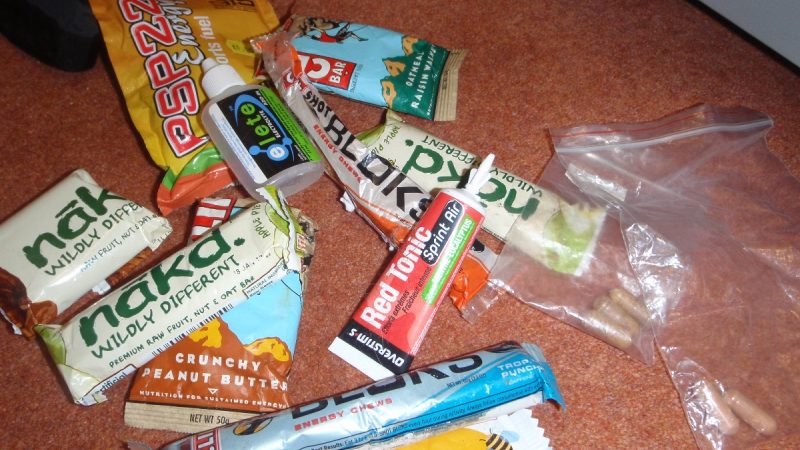 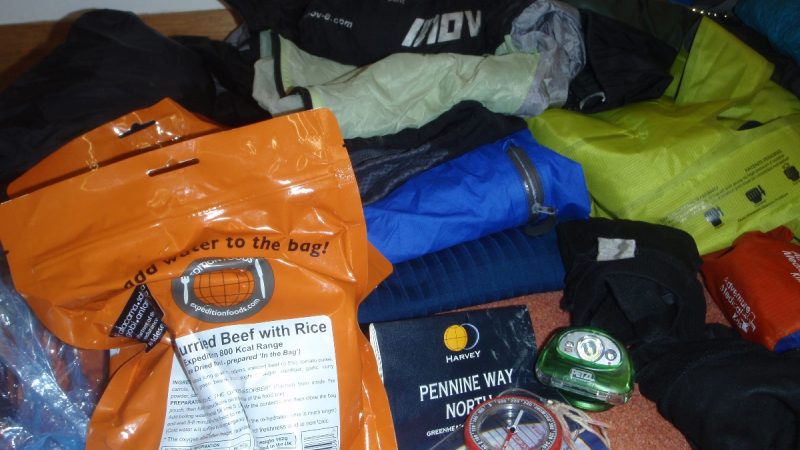 Lessons from the trail

I decided to enter the Spine Race because of a run I went on from Kirk Yetholm to Alwinton down the Pennine Way in February half term earlier this year, where I came across a mountain hut with the last entries in the book from the racers on the Spine.. it syked me up, I had to have a go, I had to run the Spine.

I also decided it was a good idea to enlist a friend to attempt the Spine Race with, so in steps Andrew Burton, my running partner from the Dragons Back Race, more fool him!

Now I'm the type of person who does the least amount of research possible, and this was certainly the case in hand here.

The logistics of getting away for weekends/days and ticking off sections of the Pennine Way when you have a 9 month old baby, 2 other kids and a couple of jobs is slightly difficult to organise… but when your commited its all possible, it just takes a little juggling & flack from your loved ones. This is what I am used to.

We headed down to Hawes for the first recce, figuring it was the easiest for us to get to and the easiest to finish with a dry house at the end. Andy lives near Hexham, so not far from the Pennine Way. We were loosely planning to get to Bellingham, but it was open, its the first Recce. Thankfully Nic's van is still on the road, mines suffering piston ring issues and is out of action for now.

Night 1 was spent just outside of Hawes in a lay-by over looking the open valley below. We turned up late, cooked up some veg & lamb stew on the stove and settled into bed for a too late night. This impacted slightly on our morning and left us bumbling around still at 8:30 when we should have been on the trail already.

The morning was a bit hazy, or seems that way now anyway. We cooked up the veg stew from the night before, fried some scrumpy infused sausages for the extra zing and had a hearty breakfast whilst watching the sunrise and the valley come to life. We headed down into _________ and then started out way on the Pennine Way. If we were to make our target of Bellingham on Saturday evening, it would be roughly a 55 mile day… we had a long way to go. The miles seemed to pass very quickly for the morning and we were soon in the first village of the day. Our packs were weighing heavy on our backs, but our feet felt light with the joy of the day, the sun was shining, all was good.

All I really remember from the miles we covered until Middleton-in-Teasdale was how runnable the day had been. I couldn't get my head around the fact that this route is not my usual mountainous terrain and here is where Lesson 2 comes into play, do your research Charlie me lad, the route is not on the tops mainly, there are plenty of valleys and lowland area's to run through, not many hills to rest on and you can, if feeling fit enough keep on moving at a steady pace.

We had calculated that is we moved at 5mph average, we would be at Dufton 11 hours later, but this was quite a quick speed to be moving over 268 miles of the course, is it attainable day after day for 5-ish days? Would this end up being Lesson 3? Eleven hours from Hawes to Dufton from 8:30 would mean we would be in at Dufton around 21:30, pretty late for then setting off to get to Greg's Bothy, which was something we had been thinking about. As we moved up the valley from Middleton-in-Teasdale we both felt slightly baked. The sun was on us, we were climbing very steadily along next to the river and we were basically feeling tired. Now we all know we go through these phases, but as the day was shortening our minds turned to heading over the moors and to Dufton and Greg's Bothy. We both decided we didn't like the idea of crossing the moors right now and that Greg's Bothy, although attainable, was slightly out of reach today, or at least with our mindset we were in. We'd travelled 45-ish miles and were feeling the miles, our bellies were empty and we were both looking for places to camp. When we voiced it to each other we settled pretty quick into the idea that we were ready for rest... So we found a good spot to settle down at Cauldron Spout. We had travelled light, so had the lovely thought of settling into my amazingly spacious (tongue in cheek) Terra Nova Laser Ultra, great for weight, not the best for space.

Why is adaptability a lesson? Because you need to learn your limitations and be able to adapt as and when. We could have pushed onto Dufton, it would have been a couple of hours at the pace we were travelling by that time in the day, but our bodies were telling us we were tired. We could have taken the view that now was the time to get on with it, as we needed the mental training, but this recce wasn't about that. It was about seeing what it felt like to travel these distances with a full weight mountain marathon pack, not grinding ourselves in to the ground for the sake of it. When it comes to the race week, we will push on, we know that, we've done it before... but now was a time for making ourselves feel good about running, not punish ourselves in order to achieve more distance.

Food was prepared, courtesy of Expedition Foods. Sleeping bags were got out and in to. Maps were looked at and a plan made for the following day and our heads were placed down, with sleep soon to follow.

Morning broke and brought the promise of day, but on feeding and packing up we noticed the cloud was low, down to around 4-500 metres. It looked like it would be a claggy day and so it was. Shortly after leaving the campsite and then track from the head of the valley we ascended into thick clag and were in it until the descent to Dufton.

As we were traveling across the ground, especially on the moorland, we had been looking for defining features like crags, standing stones or wall corners etc, that did not appear on the map, so we could mark a position on the map were we would turn right or left or take the high path, rather than the low path. This is so in January, when the conditions are a whole host worse, we would be able to use these features to quickly align ourselves with the correct course. This for sure was Lesson #4.

We were moving slower today and the pull up from Dufton seemed harder than it should have been. Once on the tops again we were in clag and we navigated our way to Greg's Bothy, a welcome shelter in the cooler air of CrossFell. I'm pretty sure this will be a haven in January, one that will be hard to leave. We fuel-ed up in here, got a little cold and then headed on our way to Alston. As we were moving we both discussed the possibility of finishing at Alston. I was tired, so was Andy, an old injury for Andy was rearing its head, I was thinking about my little 9 month old boy and missing him, our mental aspect was changing...

The mental side of ultra-running is almost all of the whole. Of course your physical side must be fit enough to travel the distances you desire or set yourself to, but most don't understand that it is the mental aspect of ultra running that gets us to the finish, not the physical aspect. In the Lakes 50 I was more than capable of finishing, in a good time as well, so why did I can it at 30 miles? For the same reason I was contemplating, along with Andy, a finish at Alston, when we had said to ourselves we would finish at Greenhead? One reason, I allowed my mind to get the better of me! Physically I could make Greenhead, only another 10 miles on from Alston, roughly.

My error was to think of the logistics of getting home to Nicola and Winter, this led to a phone call to see if Nic could pick me up from Alston when we had finished there. She couldn't as it happens, but that was the room for error that my mind needed. It quickly convinced me that we could get to Alston in good time to get back to Hexham, have a qucik showert and get on the train to Penrith to get home in time to see Winter before he went to bed.... BAMMM... just like that I had conceded.

I told Andy what i was thinking and he said he had been having similar thoughts re: his ankle & foot - GL3D course setting injury & BAMMM... that was us, we were stopping in Alston. Don't get me wrong, we did not take this as a negative, but it illustrates how easy it is for your mind to stop the body from travelling further. We had set ourselves 10 miles longer at breakfast, yet 5 hours had passed and we were ready to finish early.

We both allowed outside influences to dominate our physical. We could do the distance, but the thought of it weighed heavy. Funnily enough, as soon as we had decided to stop at Alston we started moving quicker. We had been slower today and were slowing over CrossFell, but as soon as we thought of finishing at Alston, our pace picked up. By the time we were in the valley and on the last 3 miles to Alston we were moving at pace, knowing the end was in sight. Our physical bodies was fine, our mental state was good, we moved at pace. Its like a little algebra equation:

The equation is simple, and yet during physical out put it very easy for your mental state to change and let you fall short of your goals. Either a lack of the correct nutrients, de-hydration, general tiredness or outside thoughts & influences can change your mental aspect extremely quickly, meaning a break down of the correct equation above and deteriorating to an equation (physical good +bad mental state = slow pace or worse) leading to a DNF or such things.

So the biggest lesson from the trail is what?

It is key during a recce to be flexible, but only to the degree that you don't enter a negative mental state, either during or after the event. As I stated before, I canned the Lakes 50 at 30 miles, knowing I could have finished in an ok time, but I decided I'd had enough. This could have nobbled me for a while, but I didn't take any negatives from it. I looked at the reason why I stopped and understood it, thereby not beating myself up over a DNF.

We set of with 110 miles in mind on our Spine Recce #1 and completed around 80 miles, 30 miles short of our target. But we felt good still. We weren't broken, we knew why we had stopped, we had ticked 2 of the 5 sections we must do in order to complete the Spine, we looked for the positives and understood, but didn't dwell on the negatives.

Next recce is the 18th & 19th of October, next weekend basically..... I'll update more lessons from the trail then. 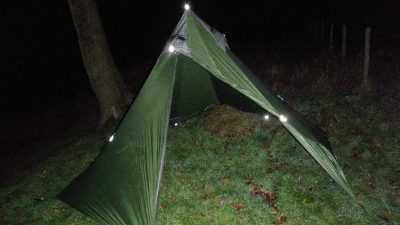 More lessons from the Trail on the Spine Race/Pennine Way 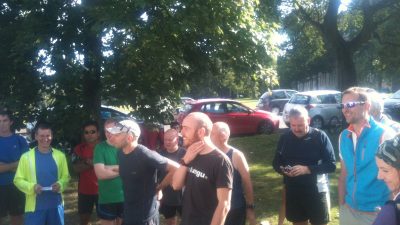 Footworks, an Edinburgh Running Shop, hosts the 2nd Scottish Barefoot Running Conference at the park across the road from the Footworks Store